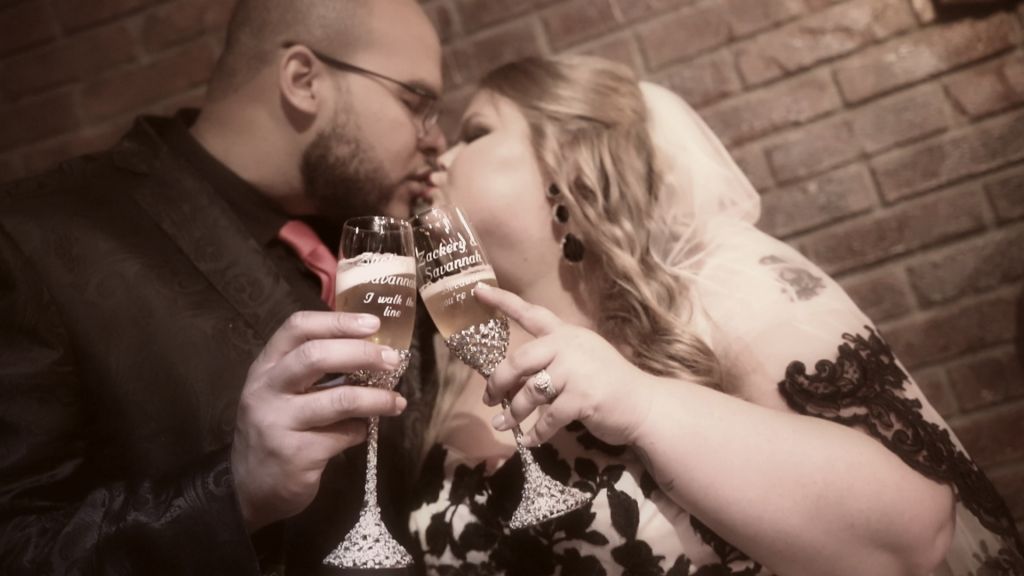 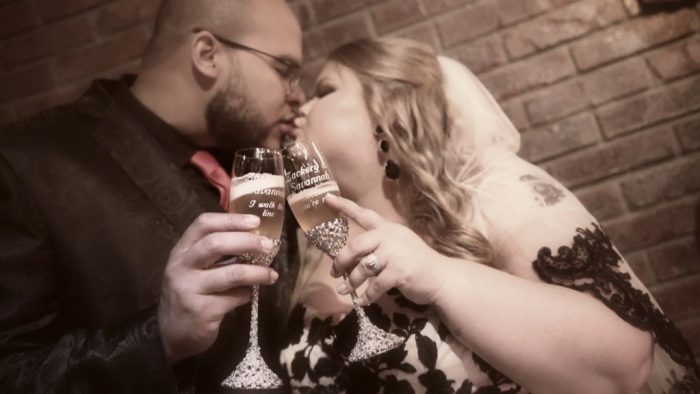 Not your typical wedding Video. Absolutely Hilarious theatrical wedding in Sarasota with an appearance by Elvis (this impersonator, Victor Travino Jr was every bit as good as the original Elvis). So much great banter back and forth from bride and groom and officiant.

We decided to use alittle soft contrast with a slight sepia coloring to be consistent with the brides theatrical & Elvis theme.

Savannah & Zack met at the very same place they were married, the Howard Studio Theatre at State College of Florida in Bradenton. Savannah as a Stage Manager and Zach was an actor, they explain in the video the funny story of their first meeting. they moved to Jacksonville in 2012 to finish their education and in 2016 moved to Memphis, TN so that Savannah could work at her dream job at Graceland, being a big Elvis Fan. Their first date was at a Elvis festival in Tampa.

She was able to arrange a very renowned Elvis Impersonator, Victor Travino Jr  to perform at both the ceremony and reception, which thrilled the guests. He was every bit as good is the original Elvis.

Reception was at a different theatre, the Florida Studio Theatre in Sarasota. At the reception after Dinner and Cake Cutting, the guests went outside to the Craving Donuts Food truck full of fresh premium donuts.

Photography was by Photos by Risa .