Wedding at The Big Red Barn 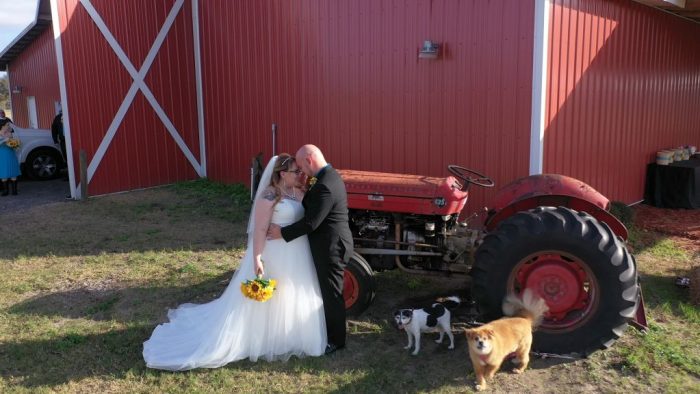 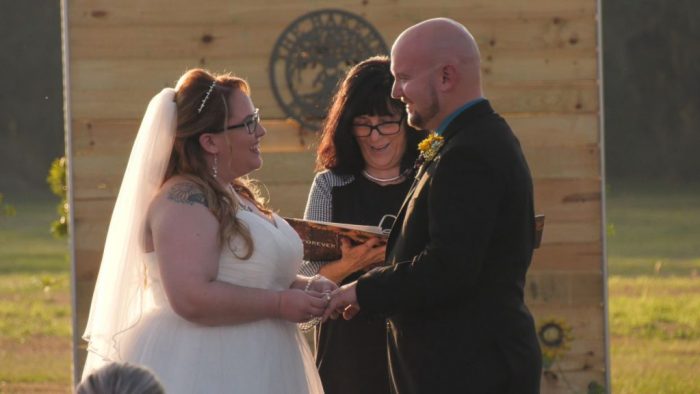 We are so lucky to be in eastern Hillsborough County.  We have some really great Country Wedding Venues.   Being a preferred vendor for Florida Rustic Barn & Cross Creek Ranch gives us so much experience with Country wedding Venues.  On this wedding I was able to shoot at a venue in Plant City that I had never shot before, The Big Red Barn.  This was the first wedding using the new Mavic 2 Pro and it was a great venue for using a new drone.  With very few trees there was nothing to run into, althought there was a great forest of trees nearby which made for a great opening shot, a reveal of the Red Barn, as well as an adjacent row of crops.  This was the wedding of Kristain & Cody.  Kristain is a photographer hereself so always an honor when someone who knows phtoography and video chooses us to capture their wedding.

Kristain & Cody had met at a bar where Kristain was the photographer and Cody was there with his friends for his Best Friends Birthday. After the night was over and Kristain was off work they asked her to got to Steak n Shake with them. they spent the rest of the night all craking jokes and laughing. That night after Cody went home he could not stop talking about the photographer from the bar and how he was going to marry her one day. Kristain however, had no interest in a romantic relationship.

Cody became a regular at the bar and they became friends. There were multiple times Cody attemtpted to climb out of the friend zone, including their first kiss outside “The One Night Stand”. Kristain started to doubt if she only liked cody as a friend but was not ready for a serious relationship. After a year and a half of friendship and a very close quarters road trip, finagled upon by Cody’s Mother, Kristain fell in love with Cody as he played basketball in his grandfathers driveway with his cousin Devon. Later that night they watched lighting bugs alone in his grandfather’s backyard. Their next stop on the road trip was Oklahoma where Cody dressed up in cowboy gear to impress Kristain, with the help of his Uncle Bo. This is the moment Kristain realized she should give Cody a chance, as he was not the same as all the guys in the past and would do anything to make her smile. She then told him to never dress like that again as it was not his style. After that, they were insepirable. On August 4th, 2018 cody asked Kristain to marry him and she said yes. They were married at The Big Red Barn about 4 months later.