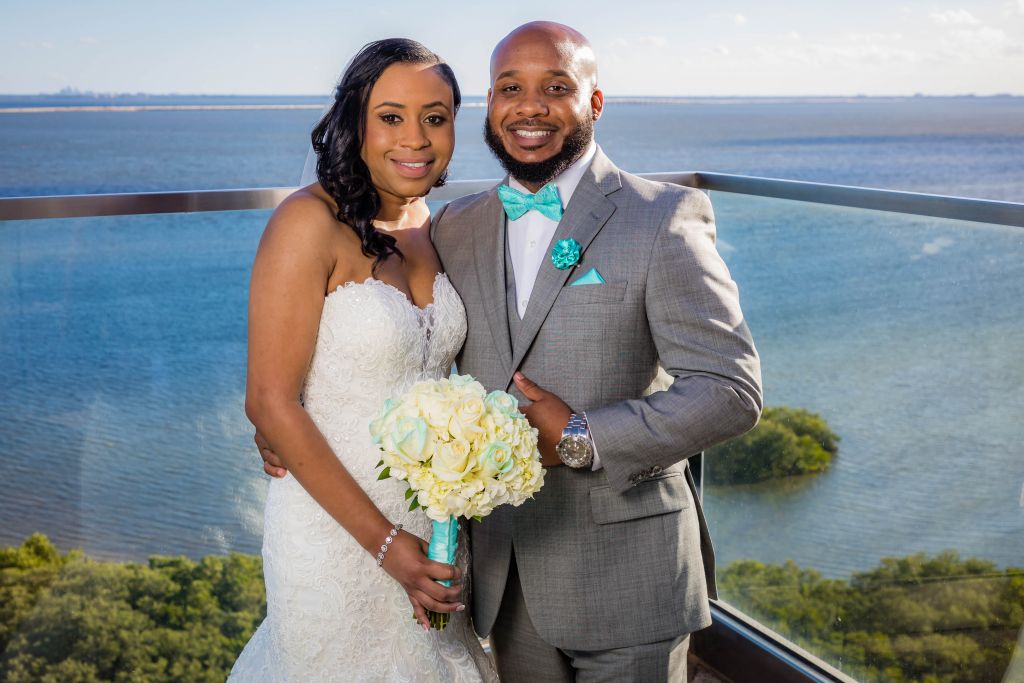 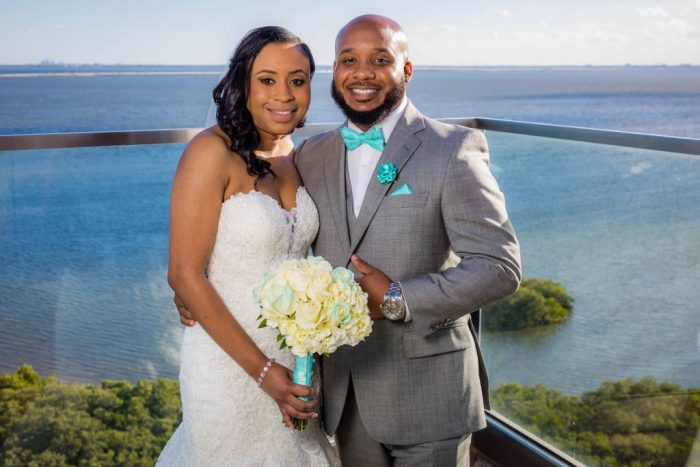 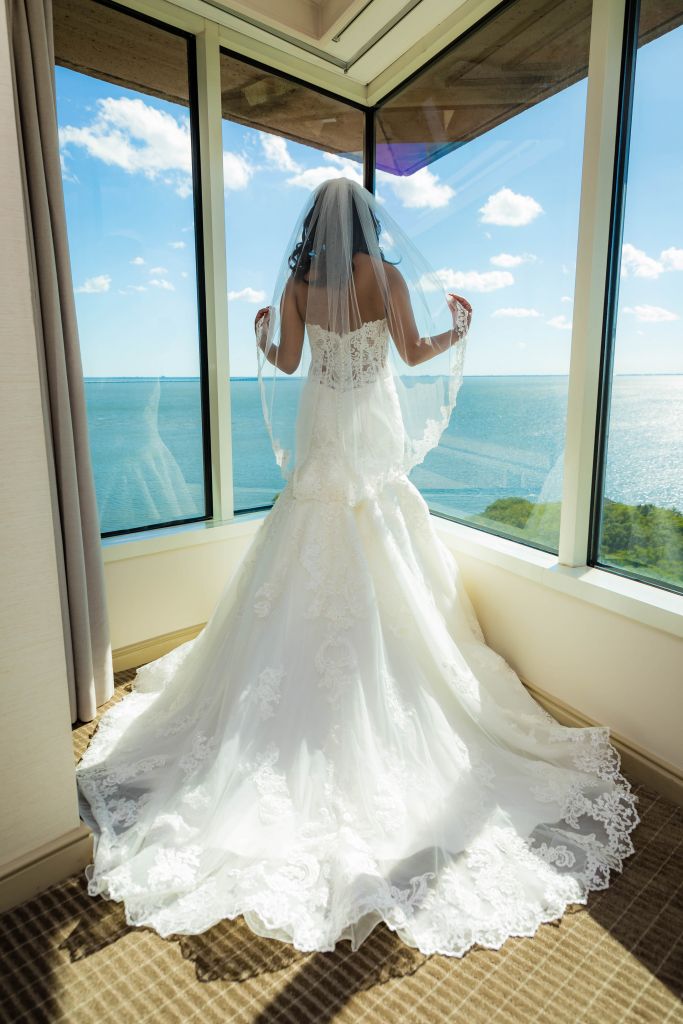 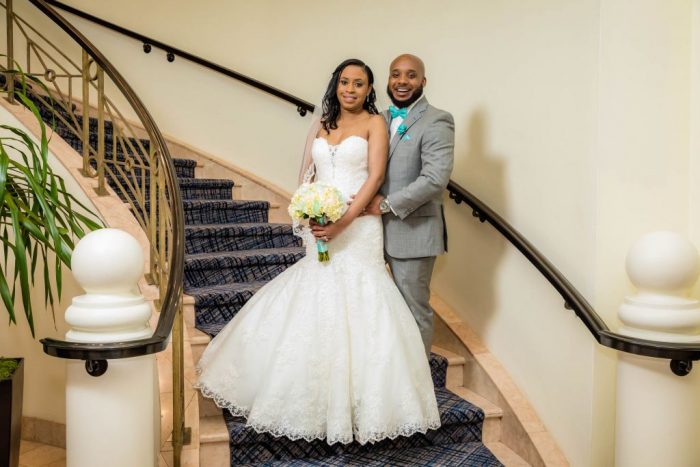 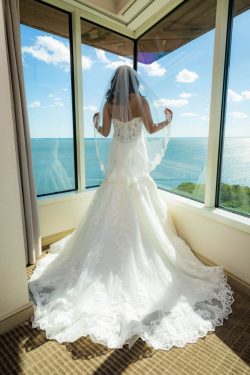 The Wedding of Kezia Hicks & Travis Taylor at the Grand Hyatt Tampa Bay.

Kezia & Travis met online on the dating website, Plenty of Fish. They were both discouraged by the current dating scene until they met each other. It started with messages back and forth and as the conversations became deeper, they exchanged numbers. They talked on the phone that same day and facetimed later in the day. As the days went by, they facetimed for hours at a time. The following weekend they went on their 1st date where Travis said “I’m going to marry you one day” and Kezia looked at him in disbelief and said to herself, “this guy is crazy”. From that night forward they became a couple. Months later they got engaged at the same restaurant where they had their first date. 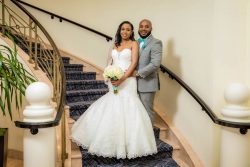 The ceremony was in the Wilson’s Plower Room at the Grand Hyatt. We were hoping the ceremony was going to be on the rooftop at Armani’s, being it was a real nice day. It wasn’t but we took pictures from there. The reception was in the Grand Ballroom downstairs. They also have a beach location for ceremony’s at Oyster Catchers Restaurant. For more information on weddings at The Grand Hyatt see Grand Hyatt Tampa Bay Weddings.