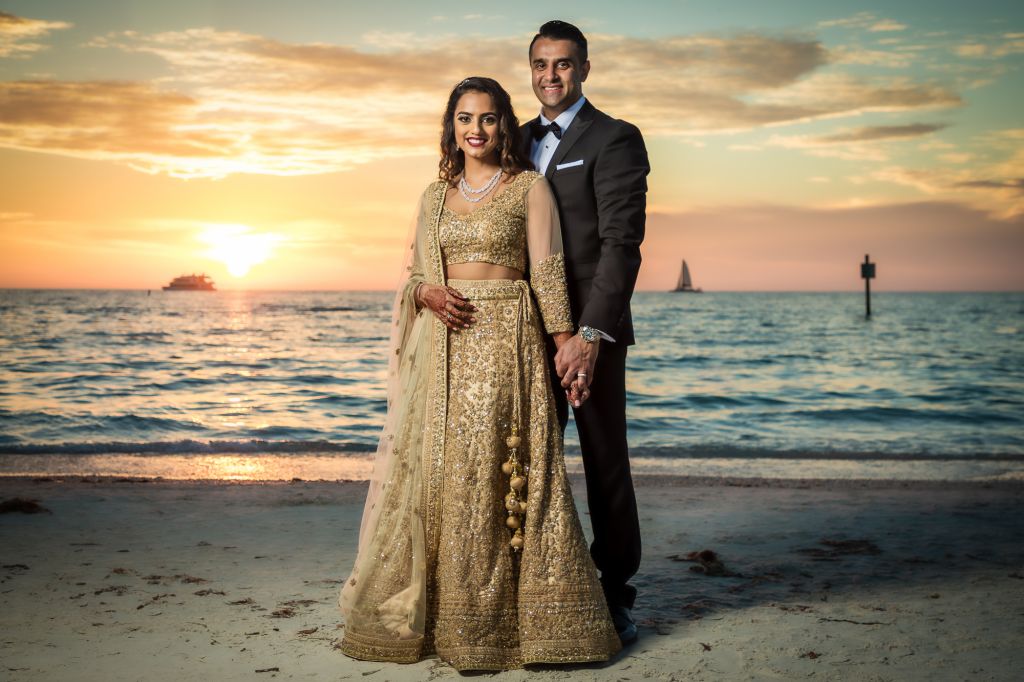 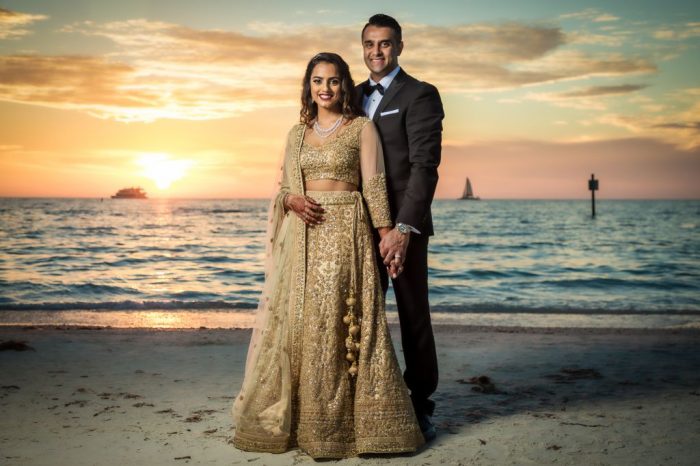 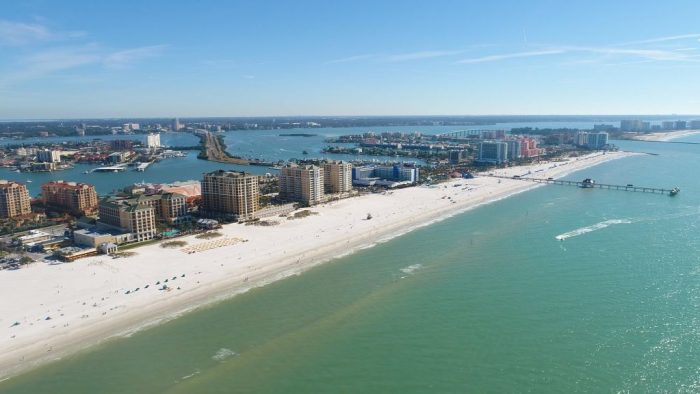 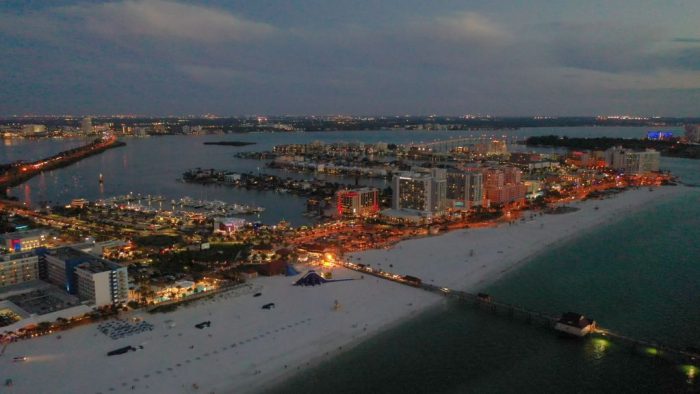 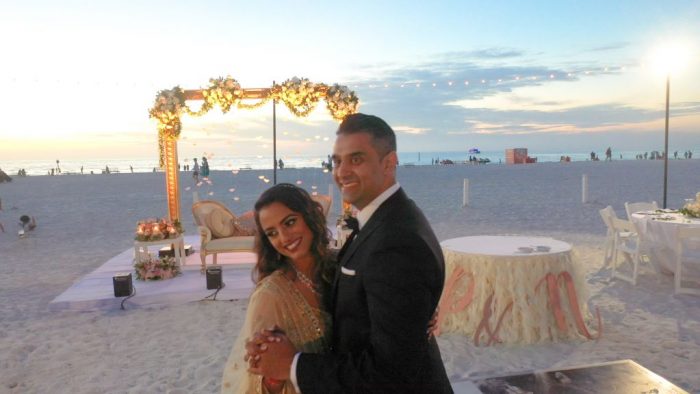 I had the unique experience of shooting 2 weddings at same time at Hilton Clearwater Beach.  Actually had 4 events on Clearwater Beach in 3 Days, starting with a Real Estate Video on Thursday, and 2 weddings on Friday. Was actually shooting both of our brides on 2 separate wedding with the drone at same time.  During sunset Richard and Joe was shooting our Indian bride (below) and groom on beach while I was on a separate wedding (above) at the Sandpiper Deck.  The wedding I was on, wasn’t our photographers, they worked alot slower than our photographers, so during the down time was able to fly the drone 100 feet away and get footage of Joe shooting the Indian bride and groom.   Our photographers would never dress like what you see on the wedding I was on (above).  It worked out great, because there were several times where I couldn’t shoot on the wedding I was on because those photographers were so slow setting up and discussing things with brides (that should have been discussed well in advance), so I flew the drone over to the Indian Couple getting shots, so it really didn’t take anything away from the wedding I was on.  When its sunset, you have have to shoot and limit asking the bride and questions, otherwise you loose valueable time.  As you can see in both videos got great shots of both couples.  While my wedding was on dinner when there is nothing to shoot, the Indian Mehndi Party was just starting with the dancing.  While Richard was mostly shooting the dance floor I was getting all the other things happening so it worked out great.  It definately worked to my advantage with the food.  I had my choice of 2 weddings for food, ofcoarse I chose the Indian Food.  When my time ended on my wedding, Joe & Richard where already gone, so I was able to shoot alittle more of the Indian Wedding.  On Saturday I was full time on the Indian Wedding Shooting the Baraat & Ceremony in morning and making my 4th trip back to Clearwater Beach in 3 days.  This trip because of the day and time though, was the worst for traffic.  It took a total of 2 hours.  It took 45 minutes to get from Sand Key Bridge to the Hilton.  Horrrible traffic, but I look all the business that we get on Clearwater Beach, and especially the Hilton.  This are just preview Videos will be posting the highlight videos from both of these weddings in a couple of days.