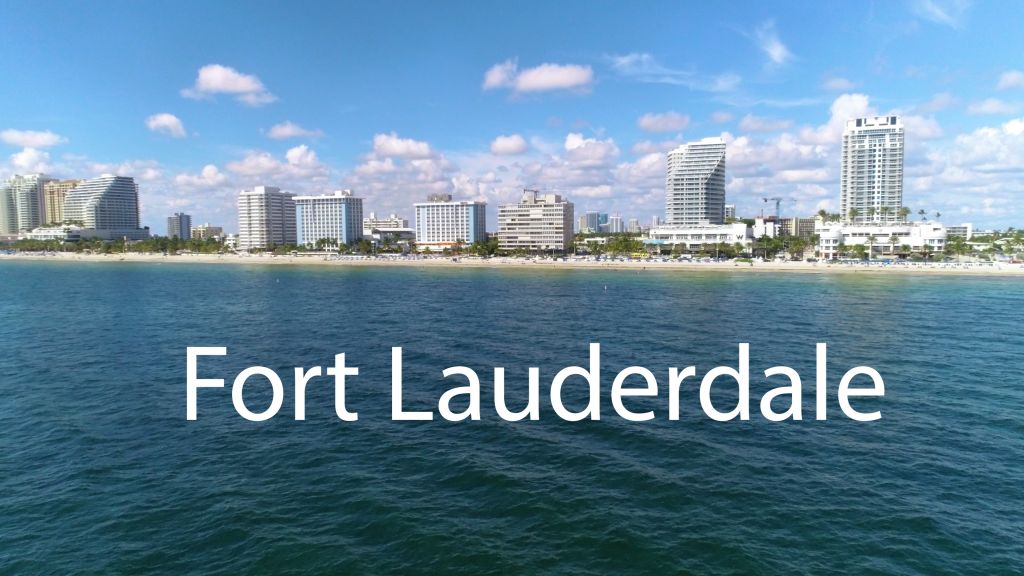 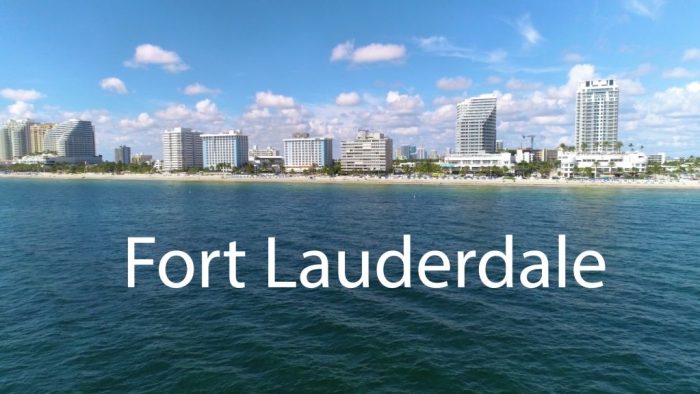 Fort Lauderdale, FL located 28 miles north of Miami in Broward County has becoming the yachting capital of the world. Surrounded by New River, Intracoastal Water, and the Atlantic Ocean makes Fort Lauderdale attractive for boating. Greater Fort Lauderdale which covers 23 miles of coastline has over 4,000 restaurants, 63 golf couses, 132 nightclubs, and 100 marinas with 45,000 resident yachts. In this video we shot mostly the coastline of Fort Lauderdale, from Lauderdale-by-the-Sea to the Harbor Beach area.

Most of Fort Lauderdale is in a restricted area with the airport being so close to downtown and the approach is right over the beach. We were able to get FAA Approval with some of the areas we were limited to a 200 feet above ground level. The Marriott Harbor Beach is about as far south as we could go to get approval. South of that and you are right in final approach area.

In this video we feature the Fort Lauderdale Water Taxi (3:16)(4:38) which runs from Bokampers Sports Bar & Grill just north of Oakland Park Blvd to Hollywood, FL at the Margaritaville Hollywood Beach Resort. It also goes as far west as Espanade Park & Pirate Republic Bar along the Tarpon River. All Day Passes can be purchased for $28 or Monthly passes for $99. See  For more details.

The Jungle Queen Riverboat (4:20) has several sightseeing and Dinner & Show cruses. Tickets as low as $25 for adults, a great deal, well worth it. Their BBQ Dinner & Show Cruises are $55 for adults. See

Fort Lauderdale is also a popular location for destination weddings with several great areas and resort. We show a couple of clips from a wedding at the Marriott Harbor Beach.