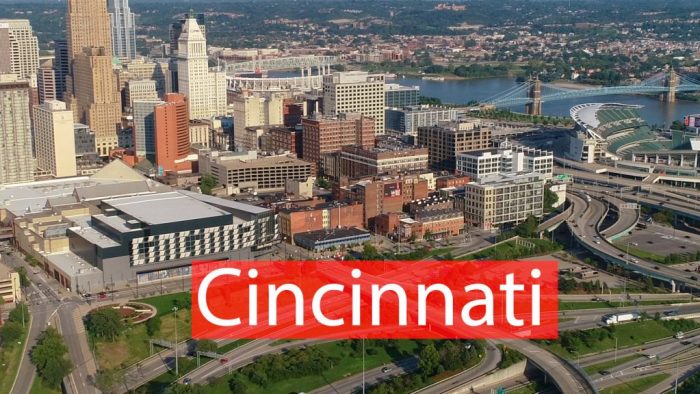 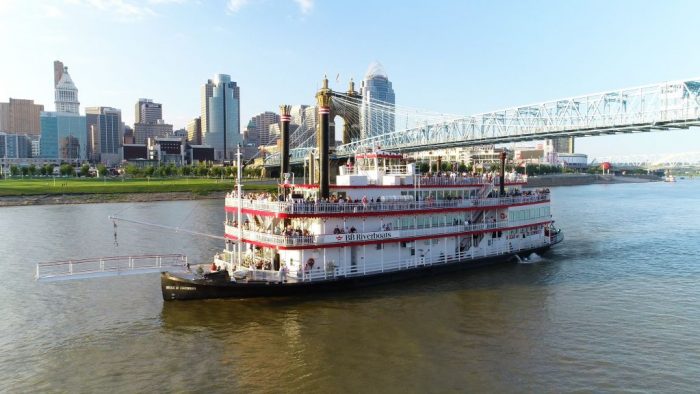 We used 3 different types of Camers to do this full tour of Cincinnati, Phantom 4 Pro Drone, Mirrorless Sony A7 iii and a GoPro 6 to give you a full perspective of this beautiful city on the Ohio River.

We enter Cincinnati on the Brent Spence Bridge I-71 with our GoPro Hero 6 Camera mounted on our vehicle, and then hope on a bicycle to enter Cincinnati crossing the Purple People Bridge and used by a vehicle and bike to capture the Riverfront Aerea.

Cincinnati, although an older city is relatively a clean city. It was incorporated as a town in 1802. Its nickname comes from the locals in the early 1800s referring it to as “the Queen of the West”, curing our countrys westward expansion.

It is a city of great artistic character. The Ohio River flows through downtown on its southern border with Covington, KY on the opposite side. In this video we feature the waterfront areas with its bridges including the Roebling Suspension Bridge and the Purple People Pedestrian Bridge (also know as Newport Southbank Bridge. Cincinnati has great waterfront areas for bicycling.

In the Downtown Area we feature multiple Murals, Statues, and Historical Houses of Worship with some amazing early 1900s architecture.

We also feature its 3 major stadiums. 2 of them sit on the Ohio River, Great American Ballpark home of the Reds, and Paul Brown Stadium home of the Bengals. The 3rd was the University of Cincinnati where the Bearcats play. We shot this video in late August, and actuually could see the Cincinnati Bengals Players walking across the street heading to their practice field which is adjacent to Paul Brown Stadium.

We also shot a 360 video of Cincinnati which you can see here .