Dealing with Adversity on Wedding in Boca Raton 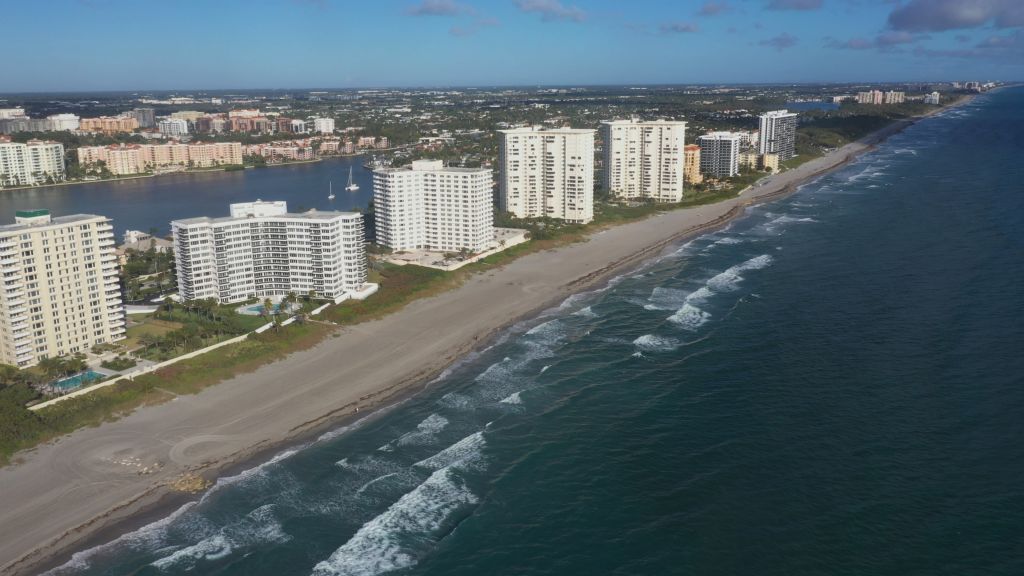 One of the things you learn in being a wedding videographer is dealing with adversity.  For it is the nature of weddings which require being able to move quick, dealing with a variety of obstacles, and still master all your settings so that you do not miss these precious moments that cannot be re-done.  On this wedding, I felt like I had everything go wrong that could go wrong, and was force to work though some obstacles.

It started the night before.  This bride had the big screen projector in her package, which we use to show the footage we shoot of the pre-ceremony & ceremony and show during the reception.   I was in a hotel room the night before and realized my lap top was not going to work and I needed a very high-powered laptop to be able to run our software programs to play the 4k footage.  Fortunately there was Best Buys Store in the area so I could get a new lap top, however it was going to be a race, because the best buys open at 11am and I have to be at the wedding at 2pm.  It takes a couple of hours to prep a new lap top with our video software and have it ready to go, and also had to take into account the travel to and from the hotel which was a good 40 minutes.  Well I was able to do it and felt good, I was ready to go, but that was just the beginning of my issues.

Shortly after arriving at the venue I realized I had no tripods with me.  This wedding had 4 cameras in the package, and with me being the only videographer and I can’t hold 4 cameras (even if I could, you wouldn’t want to do that for an extended length of time anyways).  When I’m in one of these situations I always think back to one of my mentors “Brett Culp”,  who tells of a similar situation, and he panic “what am I going to do?”.  In his situation it forced him to be creative and that particular wedding he shot went on to win National Creative Excellence Awards.  So I keep that story in the back of my mind when I’m in this situation.   I had a light stand, and although not sturdy like a tripod, it can work like a tripod, so that takes care of 1 camera.  I found a high cocktail hour table which I used on the side for the brides face, I takes a lot of fine tune adjustments using business cards and other little items to prop up the cameras but it worked.  Although not has high as I would have liked, it did work, so that’s 2 Cameras.   I had a projector stand with me, so I put that on the other side and that I could put at exactly the right height, so that s 3 Cameras.   I have a Sony a7iii that sits on a stabilizer which I can place on ground shooting up.

Problem #3, the batteries for the stabilizer are dead, so much for using the a7iii camera.  However I have a mavic 2 pro drone which I wasn’t going to use for ceremony anyways, I can just place the drone on ground shooting up which would give me a great creative shot.  Problem #4.  Someone had moved my controller, so although I had the drone in a perfect position, I had no way to turn the record on without the controller. All this is happening as we are getting very close to start of processional, so time is running out.  I still have a goPro with me, I just needed something to attach it to.  There was a big oak tree so was able to tape it to the tree and it had a nice position showing the bridal party from the front.

The ceremony starts and the processional ends up being very challenging, because in the rear of the aisle is bright sunshine, and when they get closer they are in shade.  Also being a short aisle, you don’t have much time to make your adjustments.   On top of that the skin tones are all very different of the bridesmaids walking down the aisle.  I am riding my settings making constant adjustments as each bridesmaid is walking down the aisle.

In the end any other person will look at this video and not have any idea of what the videographer was dealing with behind the scenes (unless they see this post).  For me, I look at this video and take great satisfaction that with the help of God, I was able to overcome, and this bride and groom and families will have these vivid memories to cherish forever.  I guess that is why I’m a wedding videographer.  How many times I talk to videographers in other industries and they say “weddings are too much work”.  Yes, weddings will be challenging, but in the end I think it makes one a better videographer, because you learn how to overcome obstacle.